Its 682 km from Goulburn racetrack to Flemington and whilst the first Tuesday in November generates plenty of “cup talk” Goulburn Race Club is doing its best impression of “cups season” as well.

A big month of spring racing action kicks off at Goulburn this Sunday with a race meeting filled with meaningful ‘cups’ and ‘anniversaries”. Sunday’s meeting will feature The Anniversary Cup and The Graeme Spackman Cup.

The Anniversary Cup, an open handicap over 1300m is the feature on the card, with the winner earning an exemption from ballot in the $150 000 Best Western Plus Goulburn Cup to be run on the 25th November. The race enters its 19th year in 2018 and represents the anniversary of the opening of the club’s current premises on Racecourse Drive.

In-form local trainer Kurt Goldman had accepted with two runners, Ruthless Agent and Equal Balance. However Ruthless Agent, the winner of the Anniversary Cup last year is now heading to Wagga on Friday, leaving his stablemate Equal Balance to fly the flag at home.

“Equal Balance is a horse that has had a good preparation to date”, Goldman offered.

“Wide gates and wet tracks have been a hinder to some degree.”

This time last year Equal Balance beat a horse like She Knows and Goldman sees no reason his charge can’t reproduce something similar come race day.

“Yes most definitely. I am sure he can produce the goods on Sunday. He has had four weeks between runs but we are confident that he is looking for further distances now, hence the reason for going for the 1300m of the Anniversary Cup.”

Equal Balance looks well placed in the race fourth up after two competitive highway handicap outings to kick off this campaign. Mitchell Bell has been booked to ride the gelding who will carry 58kg.

The other ‘Cup’ on Goulburn’s program this Sunday is that named in honour of the late Graeme Spackman.

Like the Anniversary Cup the race recognises the strength and impact of racing people in country communities.

The Graeme Spackman Cup is in its second year and honours the former trainer, renowned horseman and well respected tablelands racing identity.

The memorial race is now an annual fixture on the club’s racing calendar and according to club CEO Robyn Fife, fittingly so.

“Graeme Spackman spent many years building a reputation in the racing industry as a successful trainer, a committed horseman and hardworking industry participant,” Ms Fife said.

“We are honoured to be able to maintain an ongoing presence and legacy for ‘Spacky’ at Goulburn in partnership with his wife Judy and his family.”

Ms Fife says it’s a real “cupathon” throughout the month of November at the tablelands track.

“Sunday’s meeting kicks off what is a massive month of thoroughbred racing action for the Goulburn club.”

“The following Saturday we host Goulburn’s biggest day on the social calendar with our Girls Day Out race day with a crowd of 3000 expected”.

“After that it is all systems go towards our blue-ribbon day of racing on Sunday 25th November featuring the $150 000 Best Western Plus Goulburn Cup and The Guy Walter Fillies & Mares Memorial.”

“The club will deliver over $700 000 worth of prize money back to industry participants this month and look forward to welcoming owners, trainers and guests to the club throughout the month ahead.”

Sunday’s ‘multi cups’ card at Goulburn kicks off at 1.50pm and the track is currently rated a Good 4. View the fields, form and race replays for Goulburn’s Sunday meeting here. 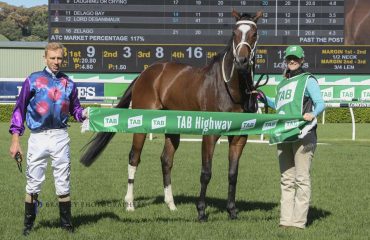 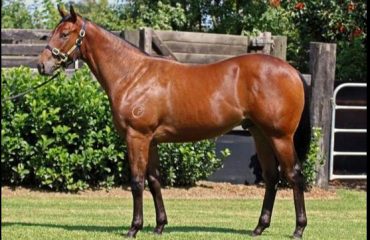 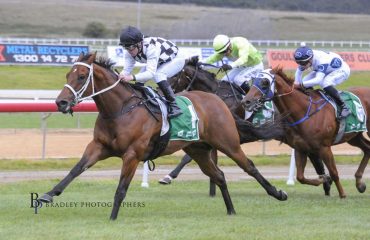