The locally trained mare returns to racing on her home track in Race 2, a Benchmark 58 Handicap and comes off a short freshen up after her previous five runs this campaign netted some profitable results.

The last time Riverset stepped out on her home track she delivered brave close up result in “The Guy Walter”, a Benchmark 74 Fillies and Mares race on Goulburn Cup day. Despite drawing wide and covering plenty of ground in the run the Reset mare was still only a tick over three and a half lengths from the winner when the judge called time.

Since then the mare has been close up in two genuine contests at Canberra and trainer Emma Longmire believes that Riverset’s previous efforts this campaign and the residual race fitness the mare has could be an advantage on a hot day.

“It certainly could be. We had the option to run at Nowra recently but were happy to wait until Friday’s race at home”, Ms Longmire said.

Longmire believes that despite the form guide registering a “fifth” next to the mare’s name at Canberra last start, the run had plenty of merit.

“We were happy with the run, she wasn’t beaten all that far on that occasion.”

The mare rises three kilos into this race off her last start but Longmire says the stable isn’t too worried about the weight the horse will carry.

“A weight rise is not too concerning. She’s a lovely big strong mare.”

The stable is also pleased to see a track that should be well and truly on the good side.

“The mare has run her best races on good tracks and we look assured of getting that tomorrow.”

On balance the stable looks to have found Riverset a combination of a home track, a good draw, a drop back in grade and her regular rider Kayla Nisbet doing the steering.

The Twinstar training operation of the Longmire twins will be looking to continue their good recent run of results with the Goulburn based stable having notched two wins and a minor placing from just seven starters since the new year began.

Goulburn’s eight race card on Friday kicks off at 1.43pm with the quaddie end of the card looking particularly strong. The Gai Waterhouse / Adrian Bott team have eight acceptors at the meeting (two being dual). Goulburn’s track is currently rated a Good 4. 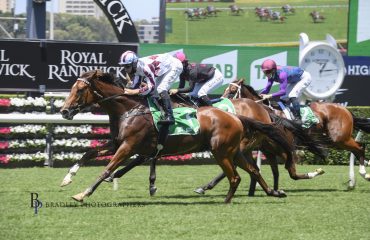 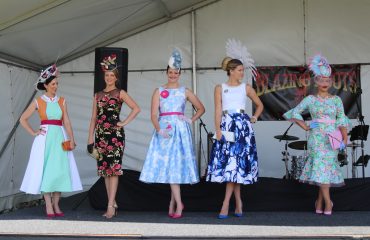 $5,000 SERA Fashions On The Field Competition is back again this year! 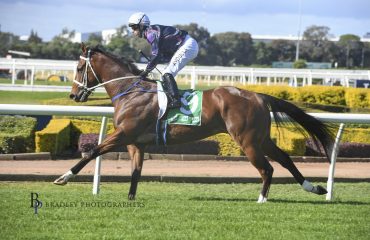