In a recent social media profile trainer Terry Robinson described his Kosciuszko winner Art Cadeau as a horse “with a big heart that just keeps trying.”

His numbers to date back that up and are fast developing into ‘a work of art’ themselves.

His lionhearted win first up in The Kosciuszko on Everest day brought the house down with the gelding getting a rock star’s reception on returning to scale from the ‘fresh out of Covid confines’ crowd.

Despite his heady form sheet Art Cadeau will face a stiff test on Sunday against a competitive field of fifteen acceptors. In an open market, any number of gallopers could put their hand up over the seven furlongs come Sunday afternoon including:

Al Mah Haha ($10 – Tash Burleigh), last year’s winner, is ideally drawn in three and carries a kilo less than when he won the race in 2020. Metropolitan placed at his past two starts, he’s chugging along like an old locomotive approaching coal stoke max. His trainer Tash Burleigh adding, “he’s going great, it might be a bit tougher than last year but he’s trained on lovely and hasn’t missed a beat.”

Steely ($5.50 – Ryan & Alexiou stable) went to the paddock in dreamlike form winning four races over a lengthy and productive prep last time in. He’s already a two-time winner first up and journeyman hoop Adrian Layt knows the Goulburn circuit well. Could be a big weekend for the stable who also have Ellsberg chasing Golden Eagle glory.

Irish Songs ($13 – Kurt Goldman) was only a length and a half off Art Cadeau in The Kosciuszko last start and gets back to home surrounds for a stable that has found its mojo in recent months.

Not to mention gallopers like Kirwan’s Lane ($5 – John O’Shea), Starspangled Rodeo ($8.50- Bjorn Baker) and Luvoir ($10 – R&M Freedman) who are being kept nice and safe in pre-post posturing.

And with ‘Cadeau’ translating to ‘gift’ in English the old saying of ‘never look a gift horse in the mouth’ has never been more appropriate or connections!

With travel to NSW regions still on hold until next week Sunday’s Goulburn Cup remains a “live and local’ only event.

Goulburn Race Club CEO Robyn Fife says it’s a great opportunity for locals to get along and enjoy some high class racing and a day out amongst ‘their own’.

“Spring racing has always been a focal point for our community and limited on track patronage will be allowed on Sunday. COVID related guidelines require patrons to QR code in and show proof of vaccination,” Ms Fife said.

Goulburn’s track is currently rated a Good 4 for the club’s flagship meeting on Sunday with the opener timed to go at 1.25pm. 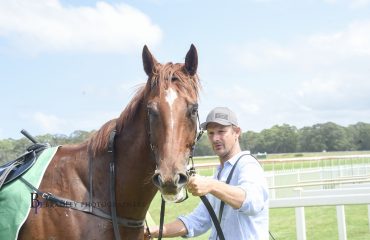