With twelve runners engaged on their home track at Goulburn yesterday punters had a sniff that going local could be the way to play …..and they weren’t disappointed!

The locals dominated the card winning three of the eight races on the program and narrowly missed a fourth in the closing quaddie leg.

Danielle Seib continues to prove herself a trainer that gets a horse to win producing Charlemagne first up for the new stable. Apprentice Hannah Williams found all the shortcuts to get the ball rolling in Race 2. Seib tweeting after the race ….”He looks to have a bit of upside and we can’t wait to see him progress.”

Mark Gee added another ‘one’ to the locals’ tally with his charge Wilful Spirit in Race 4. The consistent mare scored a deserved second career win with Jay Ford delivering a confident barrier to box steer as part of a winning double on the day. The mare was well supported, starting at $4.60 on the NOP, with as much as $8.00 available in early TAB markets.

Danny Williams went close to closing the program with win number four for the local brigade with the well backed favourite Rent A Rock. On the quick back-up from Wagga last week Rent A Rock gave backers a great sight, going down by slender margin after enduring a wide passage.

It was also a good day for the Matthew Smith yard with the regular tablelands visitor securing a winning double via the promising Panzarella (Race 1) and Bel Suono (Race 5).

Goulburn will hold its next race meeting on Friday 27th May with acceptances closing Wednesday (25th) at 9.00am. 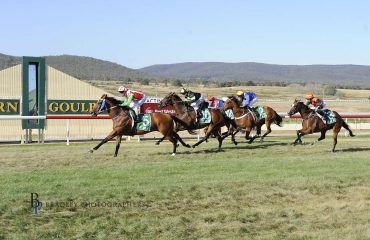 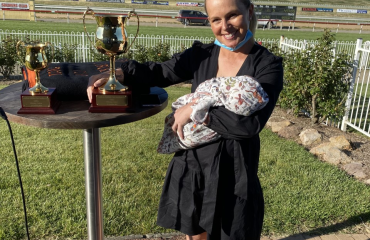