Goulburn Race Club has announced the renewal of its association with thoroughbred stud Spendthrift Australia for the running of The Guy Walter fillies and mares dedicated race later this year.

The Guy Walter is a Benchmark Rated 74 race and a strong pillar in the club’s Cup Day program on Sunday the 25th November.

The renewal of sponsorship by Spendthrift Australia for The Guy Walter heralds the second year running that Goulburn Race Club and Spendthrift have partnered up on the race.

The Guy Walter is now in its fifth year, and is dedicated to the man who had a long-standing influence on the Goulburn Race Club and those who got to know him.

Goulburn Cup ambassador and wife of the late trainer, Wendy Walter, is pleased that the club has been able to extend its partnership with Spendthrift Australia and continue building the profile and depth of the race named after Guy.

“I congratulate the club and Spendthrift Australia on the announcement and encourage stables around NSW to consider entering a suitably graded filly or mare in this race,” Ms Walter said.

“Guy had a unique affinity with all the horses he trained but had a particular knack for getting the best out of fillies and mares. The establishment of this race provides appropriate recognition of that.”

“We are thrilled to be working with the Goulburn District Race Club and most importantly continuing our association with honouring one of racing’s true gentleman in Mr. Walter,” Mr Cuddy said.

“Winning connections of The Guy Walter will secure a complimentary nomination to any one of our stallions including Gold Standard, Hampton Court, Jimmy Creed, Overshare, Swear and Warrior’s Reward”.

The Guy Walter will be run over 1300m on Goulburn Cup Day, Sunday November 25th. 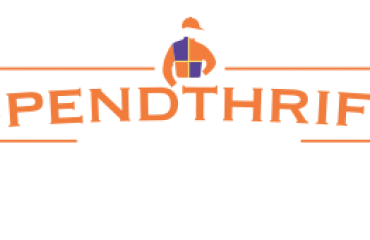