Winning a race away from your home track can be a tough ask for any trainer but when four trainers from the same training base mortgage the first four in a Saturday race in town…well …that’s just …’Horsesome’.

Saturday’s Highway Handicap at Rosehill pitted eleven country trained horses from around the state against each other but it was the Goulburn trained gallopers who came to the ‘four’.

Mate Story trained by Jean Dubois prevailed over Acquittal from the Danny Williams yard to fill the top two slots. The gallopers staged a very public two horse stoush at the at the front of the field, neither giving an inch from the 800m mark right through to the winning post.

Whilst most attention was centred on the two-horse battle going on at the front of the race as the Highway field turned for the judge, the other Goulburn horses in the race were also hitting top gear. It’s A Lottery (John Bateman) and So It Is (Emma & Lucy Longmire) we’re also getting into the clear. Both horses finished their races off well indicating more first four finishes await next time they step onto a racetrack, be it city or otherwise.

Speaking to journalists after the race Mate Story’s trainer Jean Dubois was a relieved man, having finally scored his first city win after training his horses out of the tablelands track for the last twelve months.

“It’s finally happened, it’s great to win in the city”, Dubois was quoted as saying after the race.

Whilst Danny Williams couldn’t quite get Acquittal over the line in first place, he made up for it when the promising Don’t Give A Damn took out the last event on the Rosehill card. That classy on pace display has really sharpened his chances of fighting out the upcoming Country Championships.

Trainer of the third-place getter in Saturday’s Highway, John Bateman, is enjoying his recent visits to The Gardens with Lofty’s Menu narrowly missing victory at same venue the Saturday before.

The horse that rounded out Goulburn’s “horsesome foursome” result So It Is, is trained by twin sisters Emma and Lucy Longmire. The girls are no strangers to city success and were recent Highway Handicap winners at Randwick with Newtown Bluebag.

“Congratulations to our trainers on achieving such a rare feat on Saturday. It’s great to see Goulburn trained horses from those stables race so competitively in the city”, Ms Fife said.

“We expect more of the same when we host the SERA Country Championships race at our track in just under three weeks.”

Goulburn Race Club’s next meeting will be held on Monday 12th February with nominations closing 11am Tuesday 6th February. 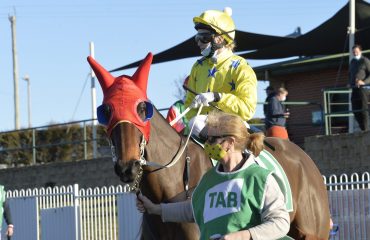 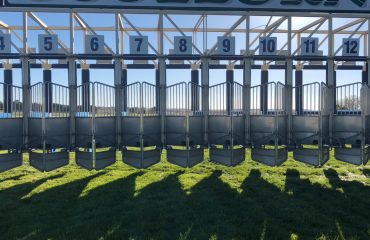