Goulburn trained staying mare Wildflower continued her break out campaign with a stirring win at Randwick on Saturday.

With Jay Ford in the saddle, Wildflower ploughed strongly through the heavy Randwick conditions to give Emma and Lucy Longmire their first Saturday city benchmark winner.

Emma Longmire believes the trying conditions on the day suited Wildflower right down to the ground.

“The horse had fitness on her side and that was a big plus in the heavy conditions,” Ms Longmire said.

“She has always been a horse that jumps so well that we stuck with the plan to ride her positively and that was what Jay was able to do.”

Wildlflower was coming off a last start win in provincial class two company and Ms Longmire said the decision to step the mare up to Saturday grade had been a relatively easy one.

“She has continued to thrive despite the shift into winter and had just trained on so well since her last win.”

“She had been great in her lead up races and was just so fit and well we thought it was the right time to test her up in grade.”

“We try not to back up our horses too quickly but a track like Randwick suits the way we train our horses”.

“We have won a highway handicap before but it’s such a thrill to have a Saturday city winner with our first actual Saturday city runner.”

Emma also thinks there may have been a bit of serendipity to the win.

“I think a bit of fate may been on our side too when we were given saddlecloth 13 as it was also my daughter’s thirteenth birthday on the weekend!”

Wildflower has now notched two wins and three runner up results from just six starts this campaign for the Longmires’ Twin Star Racing operation based at Goulburn. 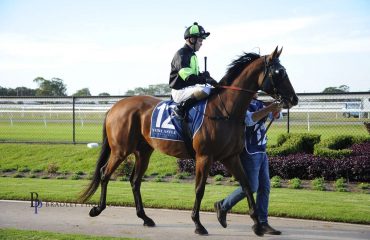